WE WILL BE OPEN ON SATURDAY and contruction continues next week.  Operating hours may change and will be posted on the door and online until phone issues are resolved.

November's Author Of The Month 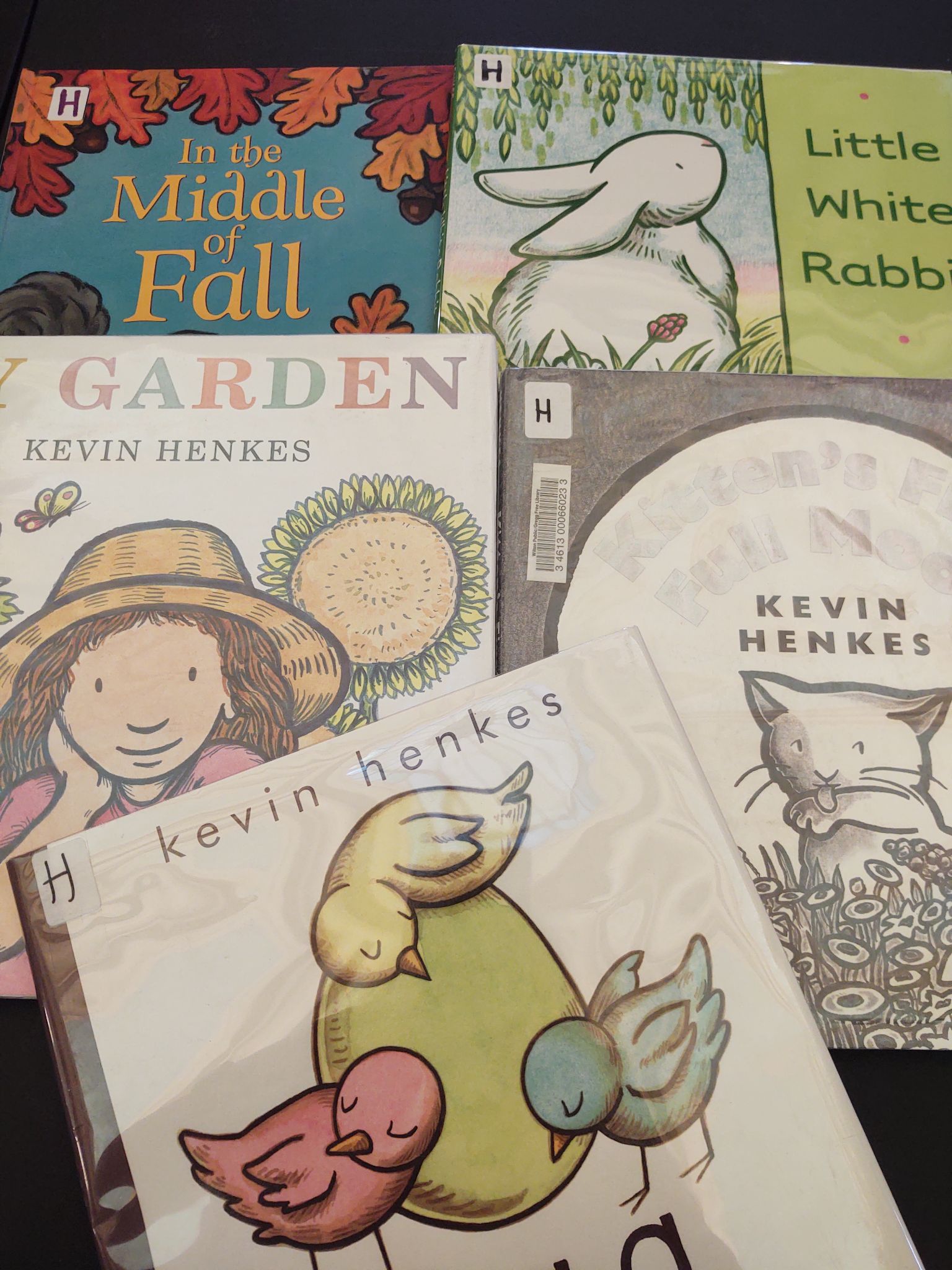 Kevin Henkes was born on November 27, 1960.  He grew up in Racine, Wisconsin with three brothers and a sister.  It’s no wonder he values solitude and quiet! His office is a large attic filled with books, and he says that when he’s working, he feels like he is up in the trees.  Maybe that’s where he got the inspiration for Birds? Many of his picture books have animals as the main focus. For instance, Chester, Chrysanthemum, Lilly, Owen, Sheila Rae, Wendell, Sophie, and Wemberly are all mice.  And in the book Owen, there’s a famous painting called “The Scream” with a mouse instead of a person!

Written by Kevin Henkes and Illustrated by his wife, Laura Dronzek

December's Author Of The Month

Jan Brett was born December 1, 1949 in Massachusetts, and still lives close to where she grew up.  She also went to college in Boston, at the School Of The Museum Of Fine Arts at Tufts University.  AND she likes to spend time in western Massachusetts.  Does she ever leave the state? Yep, to travel all over the world!  On her website, she says,"from cave paintings to Norwegian sleighs, to Japanese gardens, I study the traditions of the many countries I visit and use them as a starting point for my children's books." She’s written over a hundred books, so that’s a lot of traveling!